Thanksgiving dinner will be taking a much bigger bite out of your grocery bill this year.

In fact, the cost of buying a turkey and the trimmings to feed a family of 10 is the highest it’s been years, according to the latest American Farm Bureau Federation survey. The Farm Bureau’s 37th annual survey puts the average cost of a classic Thanksgiving feast at $65.04 this year, which is a $10.74, or 20%, increase over last year’s average $53.31 tab.

Blame inflation — not to mention several factors, including bird flu and record-high feed prices, driving up the price of turkeys this year. In fact, every single item on the Farm Bureau’s Thanksgiving shopping list — except for the fresh cranberries — costs more than it did last year.

“General inflation slashing the purchasing power of consumers is a significant factor contributing to the increase in average cost of this year’s Thanksgiving dinner,” said AFBF chief economist Roger Cryan, in a statement. “Other contributing factors to the increased cost for the meal include supply-chain disruption and the war in Ukraine.”

Each year, the Farm Bureau sends volunteer shoppers to visit supermarkets and check food prices in stores across all 50 states and Puerto Rico, as well as online using grocery-store apps and websites, in the weeks leading up to the November holiday. Then the survey itemizes the prices of the foods traditionally served at Thanksgiving dinner. The Farm Bureau’s shopping list includes enough turkey, stuffing, sweet potatoes, rolls with butter, peas, cranberries, a vegetable tray, pumpkin pie with whipped cream, coffee and milk to feed a family of 10 — with plenty of leftovers. And this year, the cost comes out to less than $6.50 per person, or just over $64 to feed 10.

And if you were to add ham, potatoes and frozen green beans to the meal, then the overall cost would increase another $17.25 to hit a grand total of $81.30, which is 18% more expensive than last year.

The turkey is gobbling most of this year’s Thanksgiving budget, as usual. The Farm Bureau put a $28.96 price tag on a 16-pound gobbler, which is $1.81 a pound, or up 21% from last year. Indeed, wholesale turkey prices exceeded $1.80 a pound in October, up more than 40 cents a pound over last year, according to the Department of Agriculture, as avian influenza hurt turkey supply, and record-high feed prices contributed to the price increase.

Read more: Turkey prices are soaring — and bigger birds will be more scarce. How to host Thanksgiving on the cheap.

But the Farm Bureau also noted that their volunteer shoppers checked prices Oct. 18-31 — just before most grocery-store chains started hawking discounts on whole frozen birds in time for Thanksgiving. Indeed, the average per-pound feature price for whole frozen turkeys was $1.11 the week of Nov. 3-9, and 95 cents the week of Nov. 10-16, which was a 14% drop over just one week, according to USDA Agricultural Marketing Service data.

and Aldi have been rolling back prices on Thanksgiving staples, or supermarkets like ShopRite and BJ’s Wholesale Club are giving away free turkeys to rewards members who spent a certain amount money in their stores.

So the Thanksgiving price report noted that “consumers who have not yet purchased a turkey should be able to find one at a lower cost than the Farm Bureau average.”

But turkeys aren’t the only ingredient driving up the 2022 Thanksgiving bill. Cubed stuffing mix saw the highest percent increase overall, jumping 69% to hit $3.88 this year, per the Farm Bureau report. The price of two frozen pie crusts and a half pint of whipping cream were also both up 26% over last year. And frozen peas and dinner rolls were both more than 20% higher than last year.

Here’s a look at the individual prices on the Farm Bureau’s Thanksgiving shopping list for 2022:

But in fact, the Farm Bureau’s tally comes in cheaper than some other Thanksgiving polls — perhaps because soft drinks and alcohol weren’t included, which can certainly drive up a dinner tab. Non-alcoholic beverages like juice and soda are 12% higher than last year, Yahoo reported, while wine is up 2.7%, and beer is up 4.5%.

And a Lending Tree survey of 1,500 U.S. consumers suggested that potential hosts expected to spend an average of $396 this year — perhaps why only 26% of those surveyed by Lending Tree said they still planned to host a Thanksgiving dinner, which was a 45% decrease from last year. 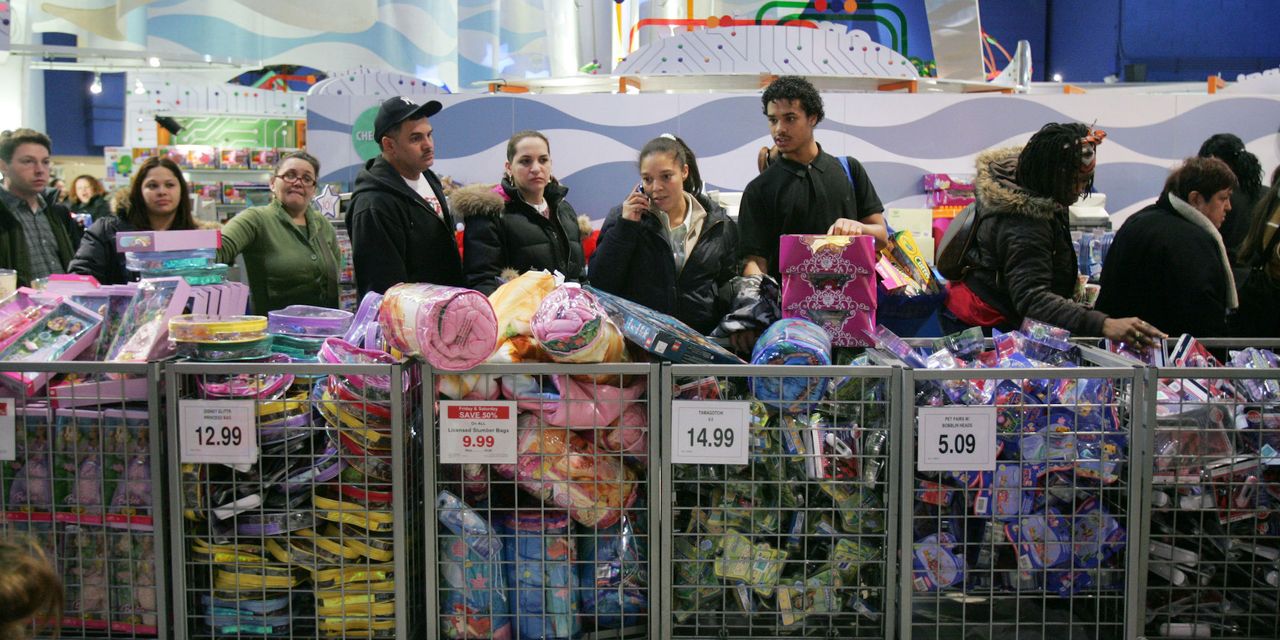